Another promising finding from the in vivo trial was cows receiving the seaweed mixes (either fermented Ecklonia radiata, or the fermented seaweed plus a fermented extract of terrestrial plants) had about a 20% reduction in total nitrogen (N) excretion.

The results were notable enough that then PhD student, Dr Matt Beck, was encouraged to carry out an in vitro (literally 'within the glass') trial, using a Daisy II incubator. This simulates rumen digestion in a laboratory using rumen fluids in an anaerobic environment. It mimics a real cow's stomach, and enables repeat experimentation and accurate measurement of important production and environmental components from rumen digestion. The original seaweed extract provider, AgriSea as well as Callaghan Innovation provided the funding and materials to carry out this second trial with complete academic and research freedom.

These in vitro trials confirmed the efficacy of the seaweed extract in reducing some markers for oxidative and physiological stress in the laboratory, which could translate into a benefit for a lactating dairy cow. Dr Beck's 312-page thesis is entitled "Dietary phytochemical diversity to enhance health, welfare and production of grazing ruminants, while reducing environmental impacts." Dr Beck is now employed by the US Department of Agriculture and has continued his research into the effects and benefits of seaweed in ruminant animal diets.

His Lincoln PhD supervisor, Professor Pablo Gregoretti, says that seaweed extracts, when used alongside traditional terrestrial plants such as grass, can produce an enhanced bioactive performance in a cow.

"This is performance in terms of welfare, in terms of rumen fermentation and also in terms of environmental impact," Pablo says. "What we found in non-lactating cows being fed the seaweed extracts, compared to a placebo [water] that as well as improved fermentation, they also showed improvements in body condition."

"We also found that at calving time, which is when any female mammal is exposed to the main stressors in life, the cows receiving the two seaweed mixes had less oxidative and physiological stress."

These in-real-life findings encouraged Dr Beck to use the Daisy II to verify the effect of the seaweed extract.

This in vitro methodology determined the dose-effect of the seaweed extract on fermentation parameters. The lowest dose, equivalent to five millilitres (ml)/head/day reduced ammonia production by 6%, which may indicate lower urinary N excretions in vivo.

"The equivalent of five ml/cow/day... imagine that in the rumen of a cow which ranges between 80 and 100 litres (L)," Pablo says. "But it worked at that level, though we also tested up to the equivalent of 100 ml/cow."

"When they started milking, we increased the dose a little bit because they were eating more compared to the non-lactating period," Pablo says. "And we found those cows receiving the seaweed mixes had a reduction in N excretion by around 20%."

Some of the significance of the trial is an attempt to mitigate the effects of an intensive and dietary-bland monotonous diet for New Zealand dairy cows. Foraging on mostly perennial ryegrass impairs the animal's ability to consume and self-medicate on plants containing secondary compounds. These compounds can potentially impart anthelmintic and antioxidant benefits.

It has become commonplace for research into antioxidant supplements to increase antioxidant ingestion such as would be available if their diet provided a diverse range of forages.

The real cow trials (including some which had cannulas, allowing measurement of specific components directly from the stomach) showed those receiving both the fermented seaweed, and fermented seaweed plus fermented terrestrial plants had a greater rumen concentration of acetate and butyrate, as well as greater production of both propionate and valerate.

These volatile fatty acids (VFA) have been shown in other trials to reduce oxidative stress and improve antioxidant status.

The fermented seaweed and fermented seaweed plus fermented terrestrial plants also resulted in lowered urinary N excretion. This was with no negative effect on dry matter intake or milk production and without additional inputs such as grain supplementation.

Increased awareness of the benefits of biostimulants in the New Zealand dairying system is becoming more important from animal health, public perception and ecological points of view.

Biostimulants are being shown to facilitate the acquisition of nutrients in animals by supporting metabolic processes in soil and plants.

As Pablo commented, the researchers were somewhat surprised to see major benefits and statistically significant results from the equivalent of five ml/cow/day.

To view the video interview with Pablo Gregorini, visit nzfarmsource.co.nz/agrisea. 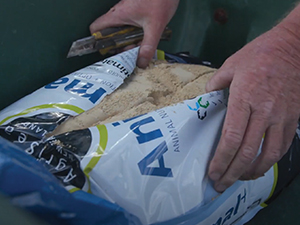 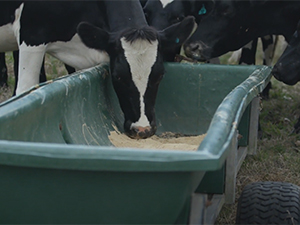 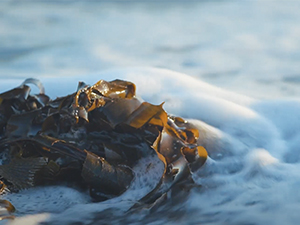